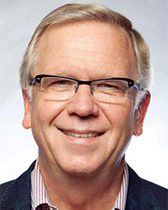 Research Interest(s): The impact of the press on the political process, Press coverage of issues of diversity and social injustice

Larry Stuelpnagel is a Senior Distinguished Lecturer in the Weinberg College in the Department of Political Science and the American Studies Program. A former political journalist with 25 years in the profession, he also teaches reporting classes at Medill. He has had hands-on experience as a state house, congressional and election correspondent. Larry reported from the Democratic and Republican conventions in 1988 and 1992. Former Presidents Bill Clinton and Ronald Regan are among the notable politicians he has covered. Larry's experience adds to the Political Science Department’s strengths in the area of American Politics. His research interests include how journalism impacts elections and the political process along with issues of diversity and social inequality and how they are reported. In 2011 he was awarded a Charles Deering McCormick Distinguished Teaching award.