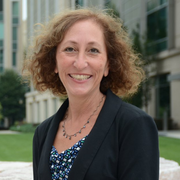 EVANSTON, Il. – Students studying U.S. refugee policy this quarter clicked open a Zoom link this week that was more than just a virtual meeting. The link acted as a portal to a global hub of learning.

These Zoom meetings on Oct. 24 and Oct. 26 were a part of a program started by Professor Galya Ben-Arieh. She just wrapped up a week of international collaboration with her U.S. Refugee Policy students. Known as GNL, or Global Network on Learning, her political science/legal studies class engaged with students from York University in Toronto, Canada and Tecnológico de Monterrey in Monterrey, Mexico. They joined in discussions about internal and international migration.

Ben-Arieh said that it is important for her students and their teams from the other universities to be “thinking about the same questions” and listen to diverse perspectives. Medill junior Jorja Siemons, a student that participated, also agreed.

“It's very important to meet other people with different experiences from different geographic localities and understand what they have to say,” Siemons said. “American media, American narratives and American policy can be very restrictive.”

Ben-Arieh and her colleagues, York University Professor James Simeon and Tec de Monterrey Professor Fernando Elizondo, spent many days discussing the project and its layout. With this being the second time implementing this project, the professors made some changes, including reducing the time frame to one week. Despite these revisions, the goals remained the same.

“So, the hope is that it adds an element a different dimension to our examination of U.S. refugee policy by thinking about how our policies play out in different country contexts,” Ben-Arieh said.

The assignment began with an icebreaker and a guest lecture by Angel García, who presented the takeaways of his research in his article, “When Internal Migration Fails: A Case Study of Central American Youth Who Relocate Internally Before Leaving Their Countries.” Siemons said the lecture was a vital starting point.

“Always having something we could return to made it much easier to remain focused,” Siemons reiterated.

The students' activity was to produce a two-minute video with their respective groups based on topics discussed in the case study lecture. Each group also devised a solution based on their chosen topic.

“Our particular project delved into the economic aspects of internal migration and how oftentimes internal migration by youth is motivated by lack of job prospects or job harassment,” Siemons said. “And so, we proposed a few solutions that we've seen in the media and by international constituencies like the UN.”

Ben-Arieh hopes to see other professors across Northwestern implement global learning. She said it is rewarding to see students think out of the box and think about the coursework in a new light, while shedding preconceived biases.

“One [goal] is the content and the other [goal] is being able to interact with students from other universities that you might never have considered speaking with,” Ben-Arieh said, “And even the experience of seeing who shows up who doesn't, who talks, who does and who holds the power.”

The students, Ben-Arieh said, came from all different experiences, and they united to discover a common thread of thought.

“[They] have minimal time that you're actually meeting and then all of a sudden, miraculously, students divvy up responsibilities, figure out who was going to do what, and they put together wonderful presentations,” Ben-Arieh said.