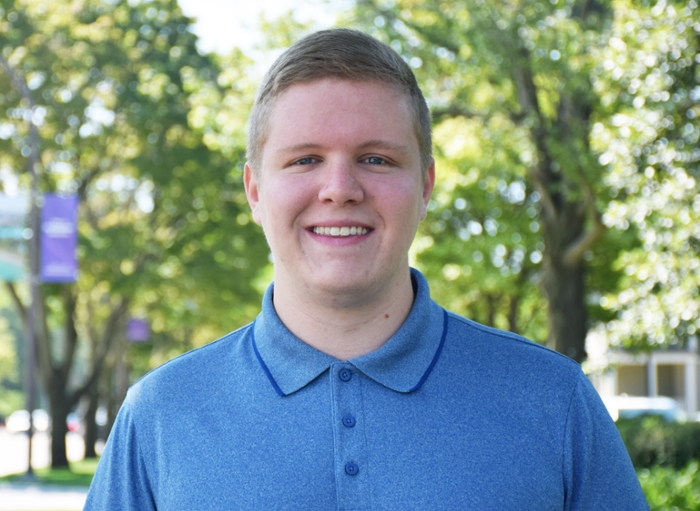 Each summer since 1998, the Institute for Policy Research (IPR) has run the Summer Undergraduate Research Assistants (SURA) program, which gives undergraduate students first-hand experience in the conceptualization and conduct of policy-relevant social science research. This year, SURA students are sharing their research experience from their own perspective, and we will feature students discussing the research projects they are part of throughout the summer.

I have always had a fascination with American politics. From watching the 2008 campaign unfold as a bright-eyed sixth grader to voting in my first presidential election nearly two years ago as a sophomore, the political process has been nothing if not interesting and informative in recent years. That is why I have been so excited to work with IPR political scientist Laurel Harbridge-Yong this summer on her research into congressional inaction—which might be to blame for the never-ending gridlock in our legislative institutions.

Our work on this project has focused on the newsletters that members of Congress regularly send out to their constituents. While a wide variety of topics are often covered in these newsletters, we have been looking for members who talk about inaction in Congress. That includes things like a bill failing a vote in the House or Senate or the president vetoing legislation.

We often hear about gridlock happening in Congress from the news as well as politicians with polished talking points, but it can sometimes be hard to tell why inaction is happening and who is actually to blame for it. Some voters may look to their own representatives for clarity on this issue, so it is especially important that we understand the explanations that members of Congress are providing to their constituents when all the cameras are off.

To look for these instances of inaction, we use an online system that automatically searches through a database of nearly 40,000 congressional newsletters collected since 2013. This system looks for words like “blocked,” “ignored,” “gridlock,” “veto,” and “failed,” among many others, to single out newsletters that are the most likely to talk about inaction. From there, I analyze the newsletters to confirm if inaction is mentioned, what inaction they’re talking about, who they blame it on, and if they view it as positive or negative.

All of this data will ultimately be used to try to understand why members of Congress talk about inaction so much and if that is a useful rhetorical strategy to win reelection. The work can be tedious at times, especially when you are on your 112th newsletter of the day, but if there’s anything I’ve learned about social science research this summer, it’s that the most tedious work is often the most important and garners the most substantial data.

The most surprising early finding from my analyses has been the frequency with which members of Congress tout inaction and gridlock as a good thing. This may initially seem counterintuitive, but for a 2009 Republican trying to stop President Obama’s agenda or a 2017 Democrat trying to stop President Trump’s agenda, preventing any legislation or votes from moving forward may be a smart political calculation.

I’m grateful to have had this opportunity to work with Professor Harbridge-Yong through the IPR SURA program, and I’m excited for the ultimate conclusions drawn from the data I’ve collected this summer. I’m at an important crossroads in my life, deciding between law school, graduate school, and any number of post-undergraduate options. While the decision remains as tough as ever for me, my work this summer has served to reaffirm my passion for politics, and I hope to continue doing work like this well into the future.

Dylan Doppelt is a rising senior from Chicago’s West Side majoring in political science and international studies with a minor in legal studies. He decided to get involved with research because he wanted to understand why things happen in politics, not just how they happen. He hopes to remain politically involved after graduation, attend law or graduate school, and continue traveling the world.