Foreign Affairs Officer at the U.S. Department of State 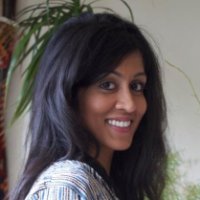 Nicole Patel is a Foreign Affairs Officer at the Department of State, Bureau of International Narcotics and Law Enforcement Affairs, Office of Africa and the Middle East, where she has developed and managed security, justice, and anti-corruption programs in Benin, Cote d'Ivoire, Cabo Verde, Ghana, Guinea, Liberia, Nigeria, Sierra Leone, Senegal, and South Sudan. Previously, Nicole served as Assistant Director of the Buffett Institute for Global Studies at Northwestern University where she developed multidisciplinary international experiential programs for undergraduate students.

Nicole obtained her bachelor’s degree from Northwestern University where she studied Political Science and Latin American and Caribbean Studies. She received her master’s in International Development Management with distinction from the London School of Economics and Political Science. She was a visiting scholar in the Northwestern University School of Continuing Studies Masters of Arts in Public Policy Administration (MPPA).  Nicole is a 2006 recipient of the William J. Clinton Fellowship for Service in India, a 2011 New Leaders Council Fellow, and a 2013 US Presidential Management Fellow.  She is from the Chicagoland area and speaks Gujarati, Hindi, Spanish, and French.