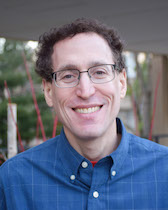 Druckman has published more than 100 articles and book chapters in political science, communication, economic, science, and psychology journals. He co-edited the Cambridge Handbook of Experimental Political Science. He has served as editor of the journals Political Psychology and Public Opinion Quarterly as well as the University of Chicago Press's series in American Politics. He currently is the co-Principal Investigator of Time-Sharing Experiments for the Social Sciences (TESS).