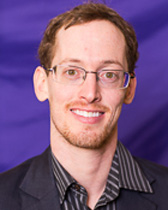 My research in political philosophy ranges across meta-ethics, normative ethics, and applied ethics. The applied aspects of my work focus on links between domestic and global injustice, with special attention to moral issues surrounding corporate agency, public property and corruption, and abuse of power. These themes are central to my first three books: The People’s Duty (Cambridge University Press, 2019), Integrity, Personal and Political (Oxford University Press, 2020), and Philosophizing the indefensible (Oxford University Press, forthcoming). The same themes dominate an ongoing, fourth book project focused on rethinking fundamental assumptions in political philosophy in the face of pervasive political violence. And these themes also run through most of my journal articles, including essays in Ethics, The American Political Science Review, The American Journal of Political Science, The Journal of Politics, Social Philosophy and Policy, and Journal of Political Philosophy, among others.

My inquiries into these three themes started with a focus on corruption issues. In particular, I was interested in global corruption related to the "resource curse" and in philosophical questions that this "curse" raises about public property and democracy, as well as about the practical tasks of political philosophy. More recently, I have sought to connect my global theory arguments to domestic politics, paying special attention to morally fraught dynamics in various developing countries, in the United States, and in my native Israel.