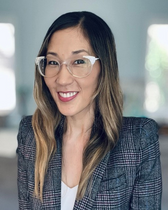 Julie Lee Merseth's interests are situated in the field of American political behavior with a dual and overlapping focus on race and immigration. Her research is especially animated by questions of how racial and ethnic politics in the United States are changing as a result of fast-growing populations of immigrants, largely from Latin America, Asia, Africa, and the Middle East. Her current book project, Immigration, Racial Incorporation, and the Reordering of Group Politics, investigates the impact of immigration on race-based group politics among Asian, Latino, and Black communities in the U.S. and its broader consequences for twenty-first century racial politics.