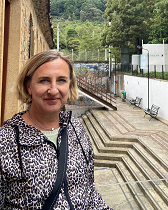 Elizabeth Shakman Hurd is Professor of Political Science and Religious Studies and holds the Crown Chair in Middle East Studies. Hurd was educated at Wesleyan University (B.A.), Yale University (M.A.), and The Johns Hopkins University (Ph.D) and has taught at Northwestern since 2002. She studies religion in U.S. foreign and immigration policy, the global politics of secularism and religious freedom, religion and the American border, and relations between the U.S., Europe, Turkey, and Iran. She co-directs the Global Religion & Politics Research Group at Northwestern and co-curates the Teaching Law & Religion Case Study Archive. Hurd enjoys speaking to public audiences and contributing to discussions on global politics, law, and religion. She is currently researching and writing on the question of religion and the American border. Twitter: @eshurd

Prof. Hurd is the author of The Politics of Secularism in International Relations (2008) and Beyond Religious Freedom: The New Global Politics of Religion (2015), both published by Princeton University Press. She is co-editor, with Winnifred Fallers Sullivan, of At Home and Abroad: The Politics of American Religion (Columbia, 2021) and Theologies of American Exceptionalism (Indiana University Press, 2020), and also co-edited Politics of Religious Freedom (University of Chicago, 2015) and Comparative Secularisms in a Global Age (Palgrave, 2010). Her articles, book chapters, and public writing are available on her personal website.