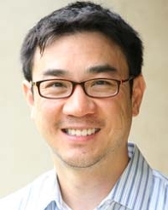 Anthony S. Chen is interested in American political development and public policy since the New Deal, with a special focus on the politics of social policy, civil rights, health care, and economic regulation.  In addition to his appointment in Political Science, Chen is an Associate Professor of Sociology and a Faculty Fellow at the Institute for Policy Research at Northwestern.

Chen’s first book, The Fifth Freedom: Jobs, Politics, and Civil Rights in the United States, 1941-1972 (Princeton, 2009), was co-winner of the Gladys M. Kammerer Award (2010) from the American Political Science Association (APSA), co-winner of the J. David Greenstone Award (2010) from the APSA’s Politics and History Section, winner of the Best Book Award (2010) from the APSA’s Race, Ethnicity, and Politics Section, and winner of the President's Book Award (2008) from the Social Science History Association. In collaboration with Lisa Stulberg, he is completing a new book (under advance contract with Princeton) on the origins and development of race-based affirmative action in college admissions. He is beginning new research that explores the links between the political and legal mobilization of organized business, the transformation of the regulatory state, and the rise of economic inequality since the 1970s. His work has appeared in the American Journal of Sociology, the Journal of American History, the Journal of Health Politics, Policy and Law, and Studies in American Political Development.