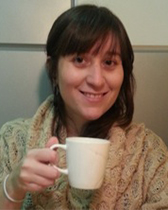 Women have been largely excluded from the literature on the origins and trajectories of democracy, overlooking the multiple gendered dimensions of political regimes. This project focuses on one such dimension by analyzing the enfranchisement of women in Latin America. It does so by describing and explaining two different outcomes: the modes of suffrage reform based on the main actors’ -- women’s movements and incumbents -- roles in the process of reform, and the final timing of the electoral reform. I provide a region-wide preliminary analysis and further develop the argument through four case studies: Chile, Peru, Ecuador, and Uruguay. This research advances the democratization literature shedding light on new variables and arguing that we need to incorporate different actors for a better understanding of the origins and evolution of political regimes. Additionally, the systematic comparative analysis of Latin America brings new perspectives to the literature on women’s enfranchisement, which tends to focus on the West and competitive regimes