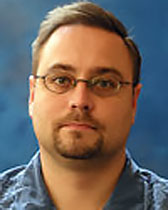 William Hurst works on labor politics, contentious politics, political economy, and the politics of law and legal institutions, principally in China and Indonesia.  He is currently completing a book manuscript on the comparative politics of law and legal institutions in China and Indonesia since 1949.  For this work he has completed more than one year of fieldwork in each country since 2006.

Before coming to Northwestern in 2013, he was a postdoctoral fellow at Oxford and an assistant professor at the Universities of Texas and Toronto.

He is an active participant in the department’s strength areas on Asian Politics and Law & Politics.

As of January 1, 2021, Professor Hurst is no longer at Northwestern, having moved to the University of Cambridge.